Remimazolam besylate is an ultra-short-acting benzodiazepine derivative recently approved in Japan for general anaesthesia. However, less attention has been paid to the compatibility of remimazolam with infusion solutions, and the mechanism underlying the incompatibility remains unknown. The patient was a 65-year-old man who underwent a high tibial osteotomy. After the induction of general anaesthesia using remimazolam solution (5 mg/mL), we noticed precipitate completely blocking the lumen of the intravenous tube connected to a Ringer’s acetate Physio140 drip. The mixture of remimazolam solution (5 mg/mL) with Physio140 solution immediately resulted in the formation of substantial precipitate. Nuclear magnetic resonance analysis revealed that the precipitate was remimazolam. Ultraviolet spectrophotometry revealed that the mixture of remimazolam solution with higher ratios of Physio140 resulted in significantly lower solubility, concomitant with an increase in pH. It would be important to consider the remimazolam concentration and infusion solution pH to avoid the production of precipitates.

The article describes an IV catheter blocked due to drug precipitates completely occluding the intravenous tube following incompatible drug administration. This is an avoidable error. Clinical staff need a resource that identifies compatible solutions and safe approaches to flushing vascular access devices. The best resource in the UK for advice on drug compatibilities, flushing etc is the Medusa intravenous drug guide.

This excellent resource can be accessed here. 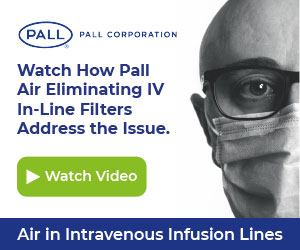